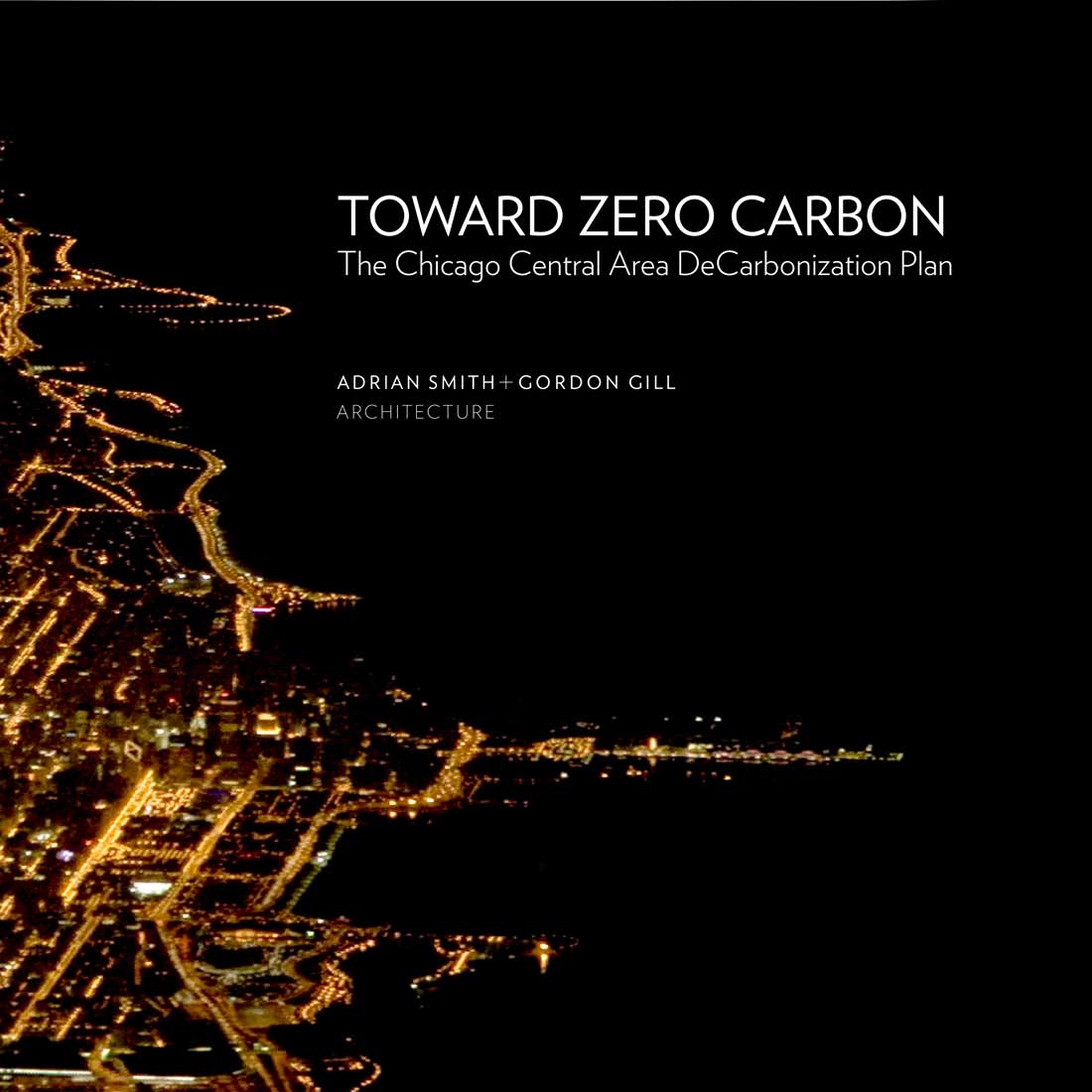 “The DeCarbonization Plan remains as relevant today as it was in 2010. We believe that as Architects and Urban Designers we have a responsibility to improve the conditions of our environment,” says AS+GG Partner Adrian Smith. “We continue to prioritize carbon reduction goals for each of our projects and know that DeCarbonization is key to the future of our cities.”

The plan maps out eight main strategies to meet Chicago’s immediate carbon reduction goals. The first, “Buildings,” investigates how existing structures can be upgraded to improve energy efficiency, increase the value of aging building stock, and tap into the potential to transfer excess energy loads back to the grid, all while offsetting the need for new construction. Another strategy, “Urban Matrix,” envisions increasing the residential density of the Loop by enhancing amenities, adding schools and services, and converting aging office buildings to residential.

Other strategies include “Mobility,” an assessment of transit and connectivity; “Water,” which examines how this critical resource is used and conserved; “Waste,” an assessment of citywide processes and systems for reducing, recycling, and disposal; “Smart Infrastructure,” a look at how energy can be generated, stored, distributed, and shared; “Community Engagement,” which proposes various programs to engage citizens in the green issues; and “Energy,” an examination of existing and new energy sources.

“The plan’s strategies help us understand the city as a set of interrelated systems,” says AS+GG Partner Gordon Gill. “The DeCarbonization Plan dissects Chicago. We broke it down into a series of components and then repacked it so that we could understand how the city’s systems are interrelated. What does water have to do with retail? How is density related to transportation and what exactly is the relationship between density and carbon? We look toward the future of cities with this same lens and continue to work toward carbon-neutral environments. ”

“Toward Zero Carbon: The Chicago Central Area DeCarbonization Plan” was developed in conjunction with the Chicago Department of the Environment under the Richard M. Daley administration. However, Chicago continues to implement projects that originated from AS+GG’s plan including increasing residential density, making upgrades to the underground pedway system, increasing activation of green spaces, the addition of new schools to the downtown district, and designated express bus and bike lanes for more efficient public transportation. The city has also extended the existing Chicago Riverwalk and added designated bicycle lanes and paths to increase mobility within and across the Loop.

“We hope that the city continues to push for more decarbonization efforts,” says AS+GG Partner Robert Forest. “Looking to the next ten years, we need to consider, what is being wasted: water, gas, energy? How can decarbonization help increase education, mobility, and social programs? How can we turn wasteful conditions into opportunities to save money?”

“Another important aspect of the study is that the DeCarbonization Plan can be used as a general template for other cities,” says Adrian Smith. “The Chicago Decab Plan was tailored made for the Loop’s Central Area, but the strategies can be applied to and customized for any city around the world.”

The Chicago Central Area DeCarbonization Plan has been widely recognized by the architectural community. In 2010 it won an R+D Award for Sustainability from Architect Magazine and the Award for Best Urban Design from World Architecture News. It also won an Honor Award for Regional and Urban Design from the National AIA in 2011, an AIA Chicago Sustainability Leadership Award in 2012, and an AIA Illinois Daniel Burnham Award for achievements in Master Planning in 2013.