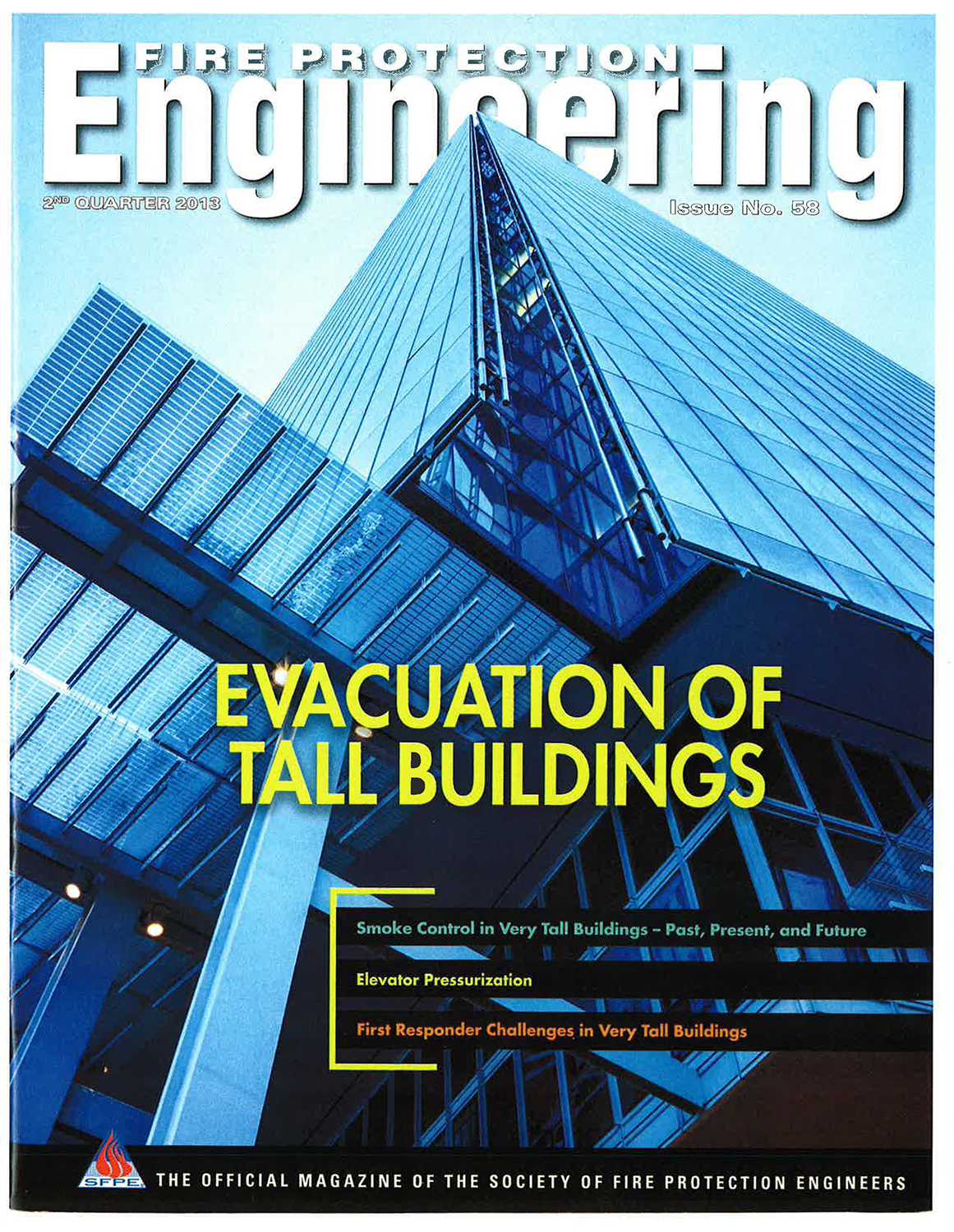 Fire and Life Safety in this New Era of Supertall Buildings

Donald Trump's representatives arrived at the offices of Skidmore, Owings & Merrill in Chicago early on a beautiful late summer morning. They had flown in from New York to kick-off the design of a new supertall, mixed-use project located on the Chicago River, just off of Michigan Avenue. The project, Trump International Hotel & Tower, was discussed in terms of superlatives. Not only would it be the most luxurious, ambitious, and mixed-use project yet to be undertaken by the Donald, but it would also be the tallest. As a matter of fact, it was possible that Trump International could be the tallest building not only in the city of the Sears (now Willis) Tower, but the tallest building in the world.

As it happened, the Trump team arrived on Sept. 11, 2001. As events of that morning unfolded, it became obvious that the world had changed. Immediately following the events, there was a lot of soul-searching and wondering what "went wrong." Since that time, many investigations have taken place and many lessons have been learned about what happened, caused by what was fundamentally a terrorist attack. We have also learned that, all things being equal, those structures performed remarkably well. And we have recognized that the prevention of a similar tragedy involves more than "hardening" the building. Proactive common-sense approaches to security, stand-off distances, and surveillance were the first steps. And now, more than a decade down the road, we are seeing implementation of provisions in the model building codes that are meant to enhance the robustness and resilience of both the physical structure and the fire and life safety systems in tall buildings.

No one who was watching on TV that day will ever again look at a tall bu ilding without having the images of the events of 9 I 11 in the back of their minds. It was not hard to imagine that the era of very tall buildings may have ended forever. Having said that, here we are, now in the midst of a period of unprecedented tall building construction worldwide. The reasons behind building tall are still as valid as they were before 9111. The increasing urbanization of the world, limited land area and high land cost, the desire for views, the prestige, the economic incentive, the value creation of a tall building and the ego behind creating a tall landmark are especially compelling in the rapidly developing areas of the world. Tall buildings and a dramatic modern skyline are still the most important self-image that cities around the world want to project.

When I began my career, there were only five buildings in the world, all in the United States, that could be considered as "supertall," that is to say, exceeding 300 meters (about 1,000 feet) as defined by the Council on Tall Buildings and Urban Habitat. Although two of those five came down on 9 I 11, there are now 68 supertall buildings in the world plus more than 100 under construction!  Furthermore, the vast majority of these buildings are in areas of the world that only recently have seen the social, economic, and technological development that allows the construction and management of projects of this magnitude.
There are a number of challenges, beyond the obvious technical ones, that face the designers of the new crop of supertalls. The vast majority of these buildings are being designed to internationally recognized codes and standards, which assume a high level of technical competence, not only on the part of the contractor, but also on the building owner/operator. These codes and standards make certain assumptions on the part of third parties such as the local municipal infrastructure including the fire authority and emergency services. Furthermore, they are being built and operated in parts of the world that may not have the tradition, background, education, or experience in these areas.

It is incumbent, therefore, for the architect and the full consultant team to keep in mind "first principles" when designing the fire safety systems for these unique structures. Passive along with active, simple along with sophisticated, local along with international, redundant, resilient and enhancements, are all concepts that must be more than just words in a project description. The team must take into account that these buildings will be around a long time and that the initial design must be easily maintained and operated using the resources locally available.

Furthermore, a comprehensive approach to collaboration is an important concept that must be honored. By this I mean to say that beyond the usual internal design team collaboration and coordination, the design team must reach out to the other project stakeholders. In terms of fire life safety, this goes beyond just the efforts made to secure approval to build the project from the local authorities or how to obtain high-tech equipment for a relatively low-tech location. It must mean a genuine effort to understand the concerns and abilities of the folks that will construct, operate and maintain the projects we design because, in an emergency, they will all depend on the building's systems behaving as we assumed when designed. With this approach, it is hoped that these projects will be a positive, long-lasting legacy of this new era of supertall buildings.