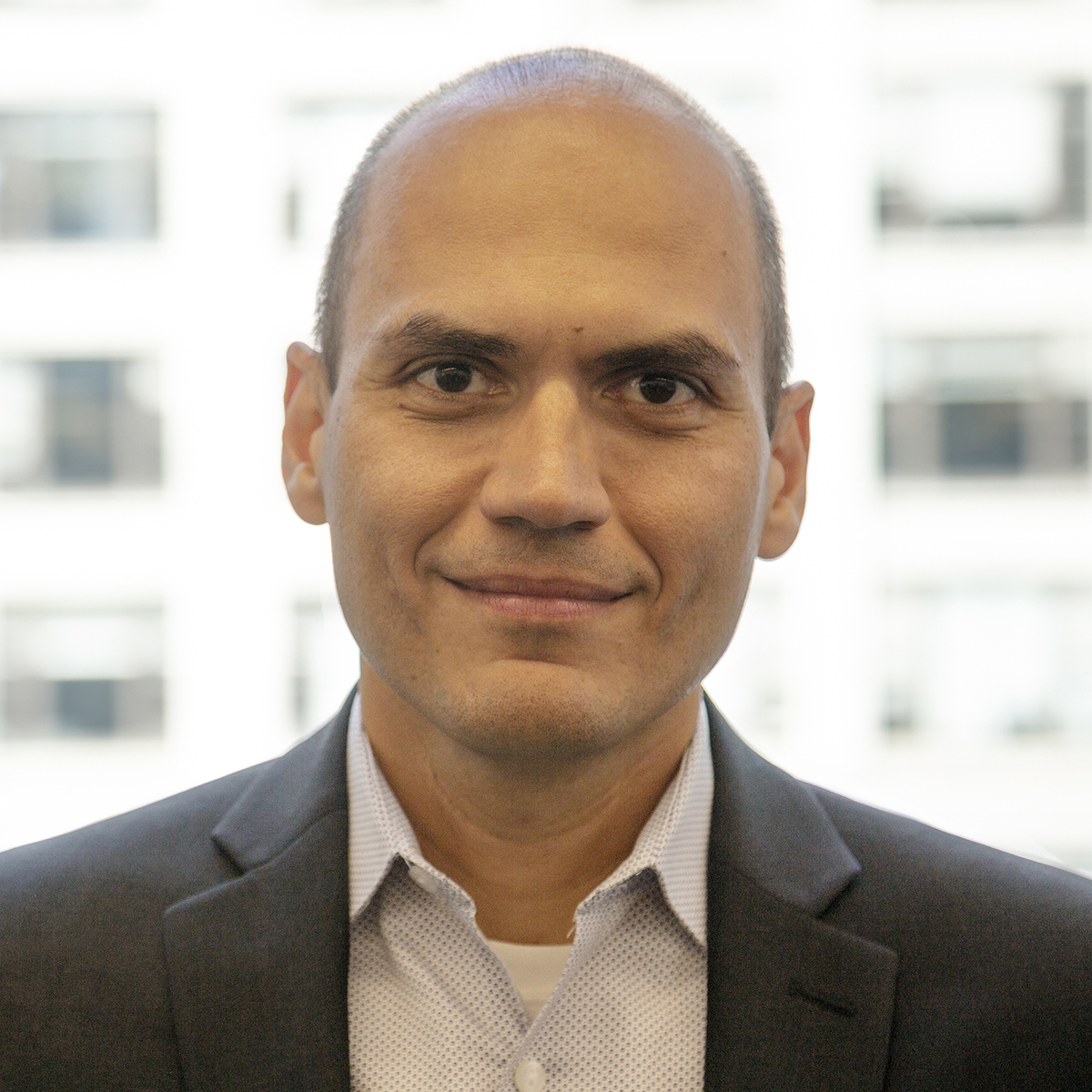 AS+GG Director Juan Betancur’s experience in designing supertall, high-performance buildings has helped him develop a comprehensive design approach that incorporates innovative ways of dealing with the issues that have plagued this building typology for decades. He believes that smart design can drastically reduce the consumption of natural resources that these complex and expensive buildings consume.  By using new technologies and basic principles of orientation, natural ventilation and building massing to optimize performance, this building typology, currently a rare commodity, will become more numerous as humans continue to migrate into dense urban areas where natural resources and space are at a premium.

As a Director at Adrian Smith + Gordon Gill Architecture and previously as an Associate at Skidmore, Owings & Merrill, Juan has worked on a number of large-scale and supertall projects. Currently, he is the Senior Architect on the Wuhan Greenland Center, a 606-meter tall mix use tower that when completed will be the world’s fourth tallest building. Juan was also the Senior Architect on the Head Offices for the Federation of Korean Industries in Seoul, Korea. In his previous role at SOM, Juan worked on a number of now completed projects in China including Pearl River Tower, a 303-meter tower designed to harvest wind and solar energy in Guangzhou; Zifeng Tower, a 350,000 sm mixed-use supertall building in Nanjing; and Shanghai Grand, a 40-story, 100,000 sm office building in Shanghai.

Zifeng Tower (formerly Nanjing Greenland Financial Center) was particularly important in Juan’s development as a designer who focuses on supertall high-performance buildings.  Juan and the design team created an aesthetic pleasing exterior-wall system that incorporated operable panels for natural ventilation. Typically this type of window is an eyesore, creating voids in the façade when different building occupants open their windows at random. The design team created a panel that incorporated operable windows that did not interfer with the aesthetics of the building, while still helping to self-shade the building and reduce overall energy consumption.

Juan’s work on the Zifeng Tower changed the way he thought about exterior walls and his understanding of building enclosures. In his mind, the wall no longer functioned solely as a weather barrier, but also became a system used to improve the building’s performance.  Ideas that once were explored independently in the design process—such as generating electricity with BIPV, adding shading devices to reduce heat gain and introducing reflectors to increase the natural light inside the building—were now being considered as part of a holistic approach to the design of curtain wall systems for his building designs. These ideas continued to be refined in projects such as Shanghai Grand and his early work at AS+GG in the Za’abeel Energy Signature Projects.

The project that best demonstrates this idea of comprehensive integration is the Head Offices for the Federation of Korean Industries. Juan and the AS+GG design team developed a building façade that incorporated all of the primary elements of a high-performing exterior wall system, including BIPV panels brought into the spandrel zone, a self-shading façade, operable windows for natural ventilation and light louvers to extend the natural light far into the building. FKI features one of the largest installations of building-integrated photovoltaics in the world. Juan’s role as Senior Architect on this project required him to develop the design strategy and work with the consulting engineers to optimize the design to achieve the maximum productivity from the wall system. Juan prides himself in being part of the innovative AS+GG design team that conceptualized these ideas, as well as his role in developing the original concepts into workable, buildable solutions.  His experiences working on this type of project over the past 10 years has allowed him to develop a deep understanding of the technical requirements for this type of integrated, highly sustainable curtain wall system.

Juan was also paramount in the design of Wuhan Greenland Center, now under construction in Wuhan, China. Slated to be completed in 2018, Wuhan Greenland Center will be at least 606-meters tall and once built will be perhaps the most aerodynamic tower in the world. The aerodynamic qualities of a buildings’ massing is crucial aspect of all supertall buildings. The design of Wuhan Greenland Center will be a leading example of a building shaped to develop an extreme aerodynamic form. Juan’s role as the Senior Architect required him to work closely with the structural engineers and wind tunnel experts to develop and fine-tune the massing.  By reducing the wind forces on the building, the primary lateral structural members can be reduced in size, saving large amounts of concrete and steel reinforcements and reducing the embodied carbon footprint of the building.

Juan’s expertise in supertall towers has made him in demand as a guest speaker at conferences. He recently presented, “Supertall Buildings: Architecture + Structural Design,” with Jian Hai Liang and John Perontto from Thonton Tomasetti at the  BUILDINGChicago/Greening the Heartland Conference in Chicago.  In October 2012, he gave a lecture on the sophisticated exterior wall featured in the Head Offices of the Federation of Korean Industries at the Chicago Facades + Innovation Conference.  That same month he also joined a light-hearted discussion on skyscrapers at the Encyclopedia Show at the Vittum Theater in Chicago. Internationally, Juan has lectured  at the Latin American Congress of Construction for the 21th Century, where he presented “Design of Super High-Rise Towers,” and in Bressanone, Italy where he gave a speech called “Energy Forum on Solar Building Skins.”

Juan has also been active in education. He has taught studio classes and been a guest critic and lecturer at both the Illinois Institute of Technology and the University of Illinois at Chicago. At AS+GG, he has developed a curated design lecture series that focuses on expanding the design discourse within the office, and has also taken a lead role in the mentoring of young designers at the firm.

Feinberg School of Medicine Competition
111,483 sm design for competition entry set within the urban context of the Streeterville Northwestern Campus. The layered massing approach builds upon this tradition, where form does follow function, expressing offices, labs, collaborative program elements and a solar spine as a series of differentiated layers or vertical blades of glass that give scale, texture and meaning to this landmark 21st Century high rise laboratory building. Chicago, Illinois

Shangri-La at the Fort
Design of a 230-meter tall, hotel and residential tower and podium for the well know international luxury deluxe hotel brand having a total area of 166,000 sm. The tower contains 300 luxury residences and 500 guestrooms. Podium contains meeting and conference spaces, restaurant and retail venues and faces an arcade which links into a district wide pedestrian system. Manila, Philippines

…design
It allows the voices in my head to have an outlet.

…where he finds inspiration
In each challenge as it is presented to me.

…his favorite "moment" in architecture
Riding in the construction elevator in a building I helped design.

…what he's doing when I'm not designing
Sleeping.