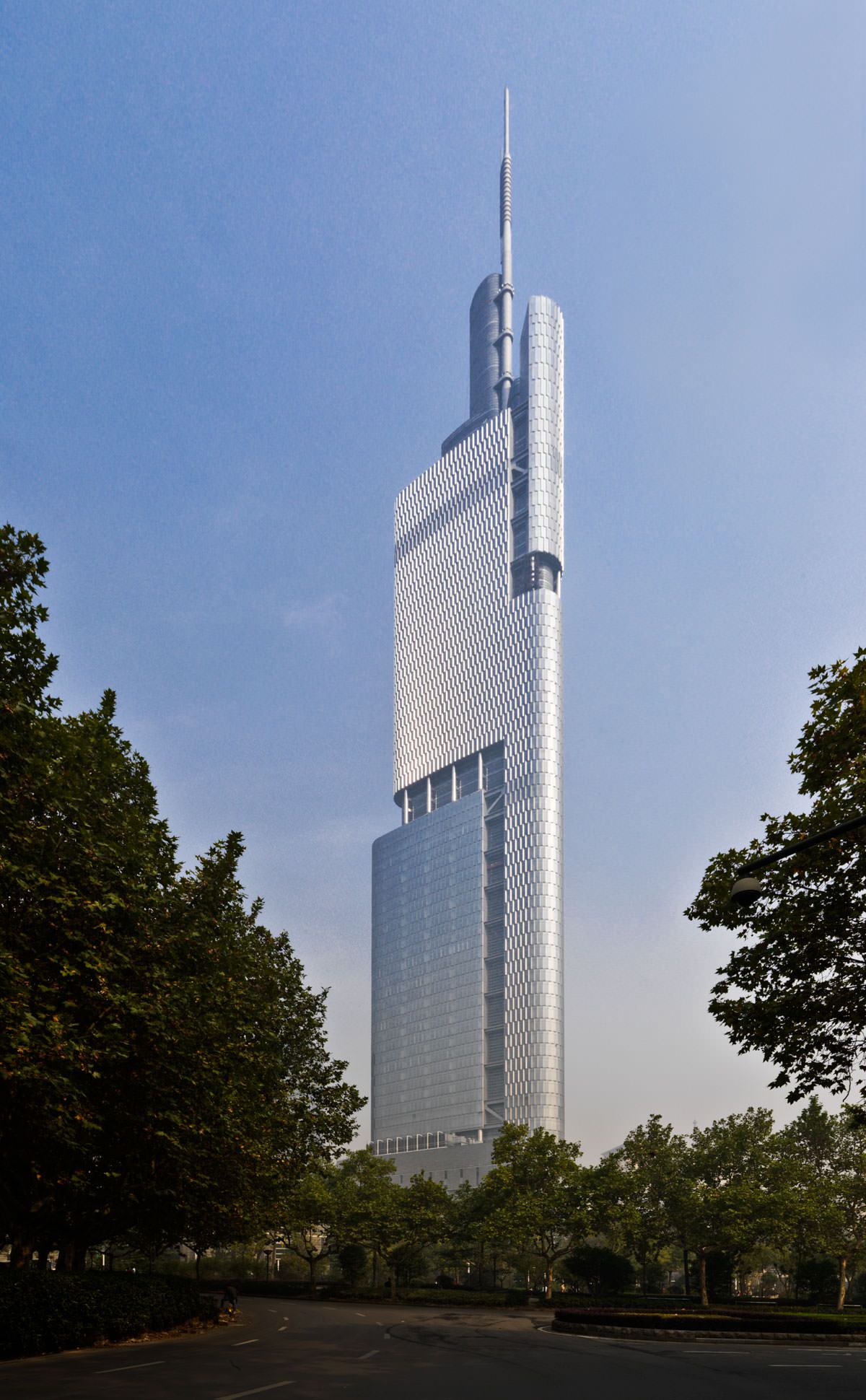 Formerly known as Nanjing Greenland Financial Center, Zifeng Tower was influenced from three central elements of the rich history of Nanjing: the Yangtze River which flows through the city, the lush, green garden landscape and the dragon and column iconography prevalent in Chinese culture.

The central core of the tower is hugged by two interlocking forms that recall the image of China’s "dancing dragons." The tower’s exterior wall features angled panes of glass in staggered modules that suggest scales. Vertical and horizontal seams separate the textured glass surfaces, metaphorically relating to the clear water of the Yangtze River separating the great dragon forms.

The tower’s shape is also highly functional; its triangular form relates to shape and size of the site while maximizing views of the mountains, lake and historic Nanjing buildings.

The center is comprised of office space, a 500-room Intercontinental hotel, retail space and below grade parking. The top of the tower houses several restaurants and a public observatory. Landscaped clear-glass atria are found throughout the building, and an outdoor swimming pool and garden are located on the roof of the tower’s podium.

The building’s spire soars to a height of 458 meters, making Zifeng Tower one of China’s tallest structures. At night, the spire and tower atria is lit and glows as a beacon in the Nanjing skyline, making the tower a radiant new landmark for the city.

6 nov 08 | world-most.com
20 tallest buildings in the world currently under construction
Developers want to shrug off the current economic crisis, but the global downturn could yet quash future high-rise plans... MORE