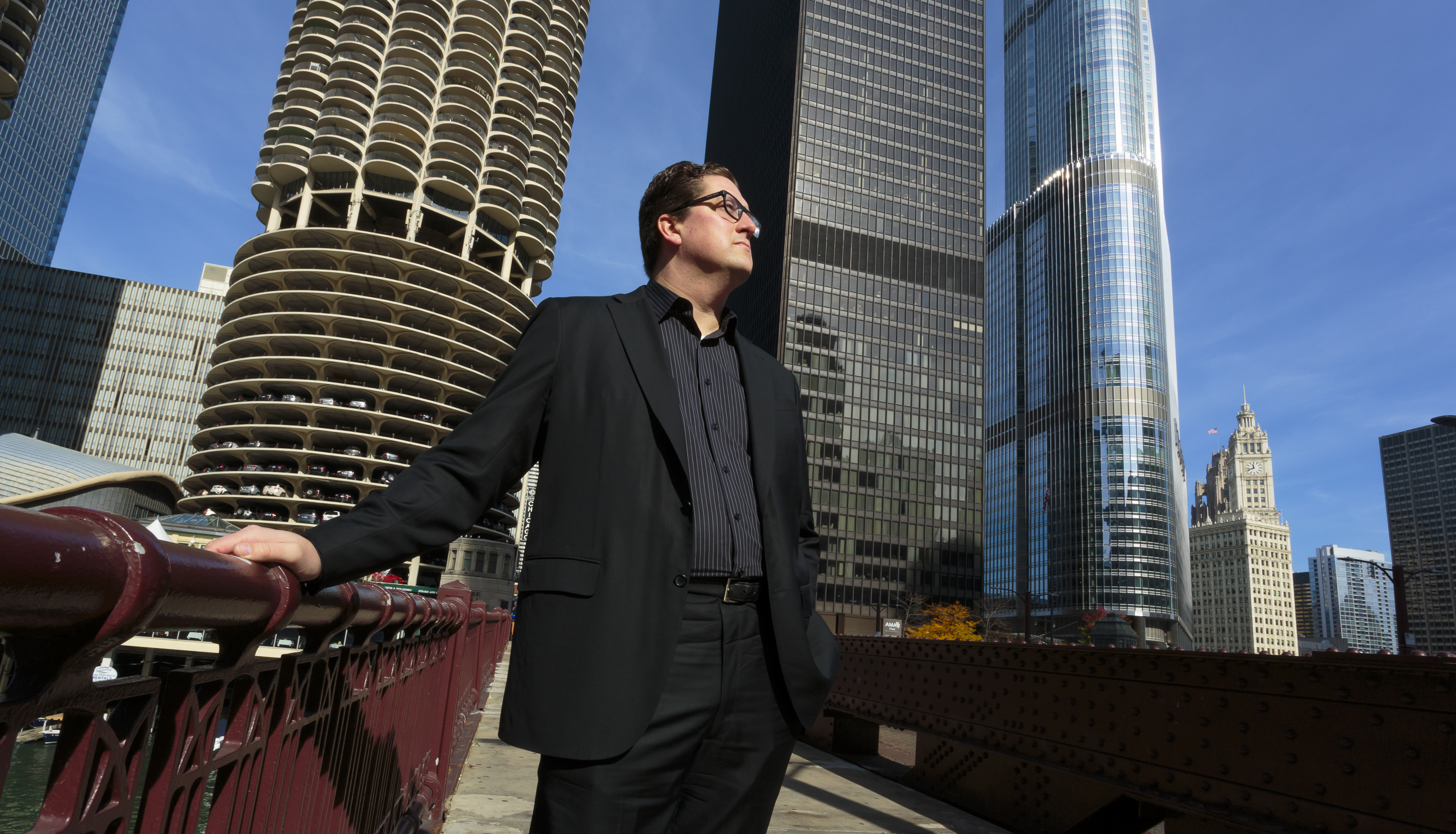 CHICAGO, November 30, 2015—Adrian Smith + Gordon Gill Architecture (AS+GG) is pleased to announce Matthew Dumich, AIA, Senior Architect and Project Manager, has been named one of this year’s Crain’s Chicago Business “40 under 40.” The highly anticipated “40 Under 40” feature, now in its 26th year, spotlights 40 Chicagoans in business, government, philanthropy and the arts who have reached the top of their fields before their 40th birthday. Among the 1,000 stars who have earned the title since the list’s 1989 inception are Barack Obama, Oprah Winfrey, Rahm Emanuel, Lisa Madigan, J.B. Pritzker, Grant Achatz, Ken Griffin, Harper Reed, Alpana Singh, and Veronica Roth.

Matt is a Project Manager at AS+GG, working on the firm’s cultural, mixed-use, and master planning projects around the world. He is a skilled team leader and consensus builder known for his collaborative design approach and ability to execute complex, high-performance projects. He successfully facilitates client relationships, directs multidisciplinary design teams, and fosters environments for young architects to learn and grow.

Matt is also a leader in the profession, serving on the Board of Directors for the Chicago chapter of American Institute of Architects.  Matt is co-founder of BRIDGE a mentoring and leadership program for young architects.  Matt holds a Bachelor’s and Master’s degree in Architecture from the University of Wisconsin-Milwaukee. He has been recognized for his outstanding leadership and service with the 2013 AIA National Young Architects Award, 2012 AIA Chicago Dubin Family Young Architect Award and 2008 UWM Graduate of the Last Decade (GOLD) Award.

Robert Forest, FAIA, AS+GG Partner says of Matt, “I have always been impressed with Matt’s ability to lead, facilitate, and promote interaction of our project teams. He stands out in the office and the architectural profession as a distinguished, highly-visible role model. We are proud that Matt is being recognized for his accomplishments.”

“I can’t think of a better person to get this recognition this year,” says AS+GG Partner Gordon Gill, FAIA. “Matt’s seemingly endless energy and inclusivity as an architect has been a tremendous asset for us. He skillfully manages projects and client relationships, while developing our talent pool to learn and grow into effective and successful architects.”

“I am humbled and proud to be recognized among such an impressive and distinguished group of past honorees.” Says Matt Dumich, AIA.

About Adrian Smith + Gordon Gill Architecture
Adrian Smith + Gordon Gill Architecture (AS+GG) is dedicated to the design of high-performance architecture and the creation of new paradigms for sustainable development. The office uses a holistic, integrated design approach that emphasizes symbiotic relationships with the natural environment. AS+GG is currently working on projects in the United Arab Emirates, Saudi Arabia, China, Russia, Canada, and the United States. The firm was founded in 2006 by partners Adrian Smith, Gordon Gill, and Robert Forest. For more information, please visit http://smithgill.com

About Crain's Chicago Business
For more than 30 years, business leaders have relied on Crain’s as the go-to source for news and information about doing business in Chicago. More than a collection of products, Crain’s Chicago Business is a rich media environment—in print, online, through in-person events, mobile and video. For more information, please visit http://www.chicagobusiness.com