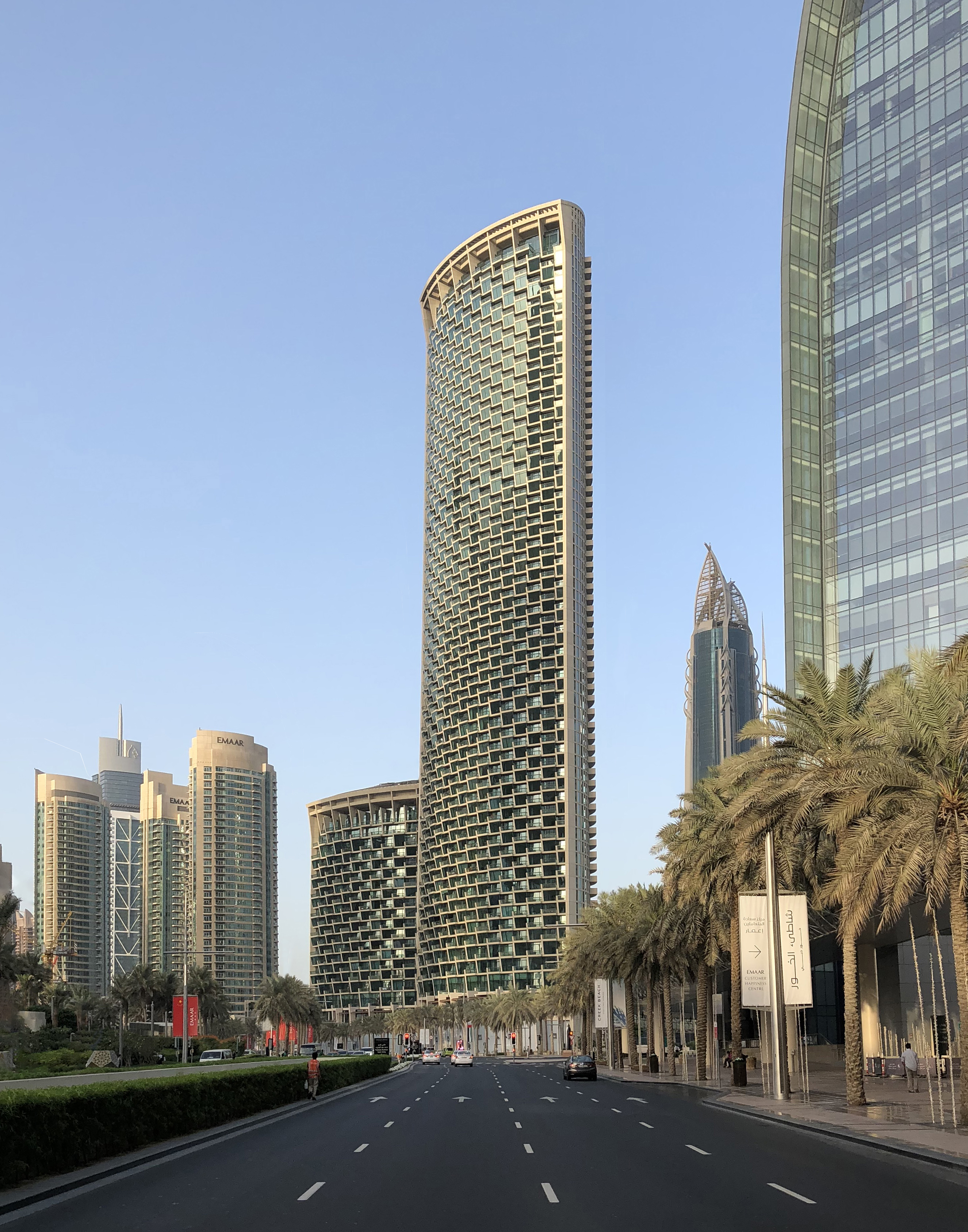 Burj Vista, previously known as The Grand Boulevard, is in the final phases of construction in Dubai. This luxury residential development will be a sophisticated anchor presence on Dubai’s Boulevard, providing residents with unobstructed, front-row seats of Burj Khalifa, the world’s tallest building.

Burj Vista consists of two towers of 22 and 69 stories, with 146 and 747 units, respectively. The first two levels will also have high-end retail. As part of an urban plaza featuring public sculptures, an amphitheater frames views of the Burj Khalifa between the two towers at the amenities level. The concept of a “theatrical” experience for residents will be expanded to include a theater.

It was important to the design that each unit had views of the Burj Khalifa. The solution was to think about the volume for the views from each unit, resulting in collection of duplex units on the upper floors of the taller tower, which feature a series of double-height observation rooms and outdoor terraces. The observation rooms and terraces are aligned along the Boulevard façade in a staggered configuration to maximize views and keep obstruction to a minimum.

Burj Vista is also highly-sustainable, with several features that reduce heat gain and transfer in Dubai’s warm climate. These include insets for terraces and sloped glass exteriors reduce heat gain and reduce collection of windborn sand; high-performance glaze on exterior glass; reducing the amount of glass in the towers by replacing much of it with a concrete cladding system; orienting the towers to minimize solar exposure; and connecting landscaped event areas with shaded paths.

Other features of the project include high-end finishes in all interiors; a semi-protected lounge area with decorative water features open to a landscaped garden; an indoor pool; and ready access to Burj Khalifa, Dubai Mall, Burj Lake Promenade, World Trade Center and Sheikh Zayed Road.