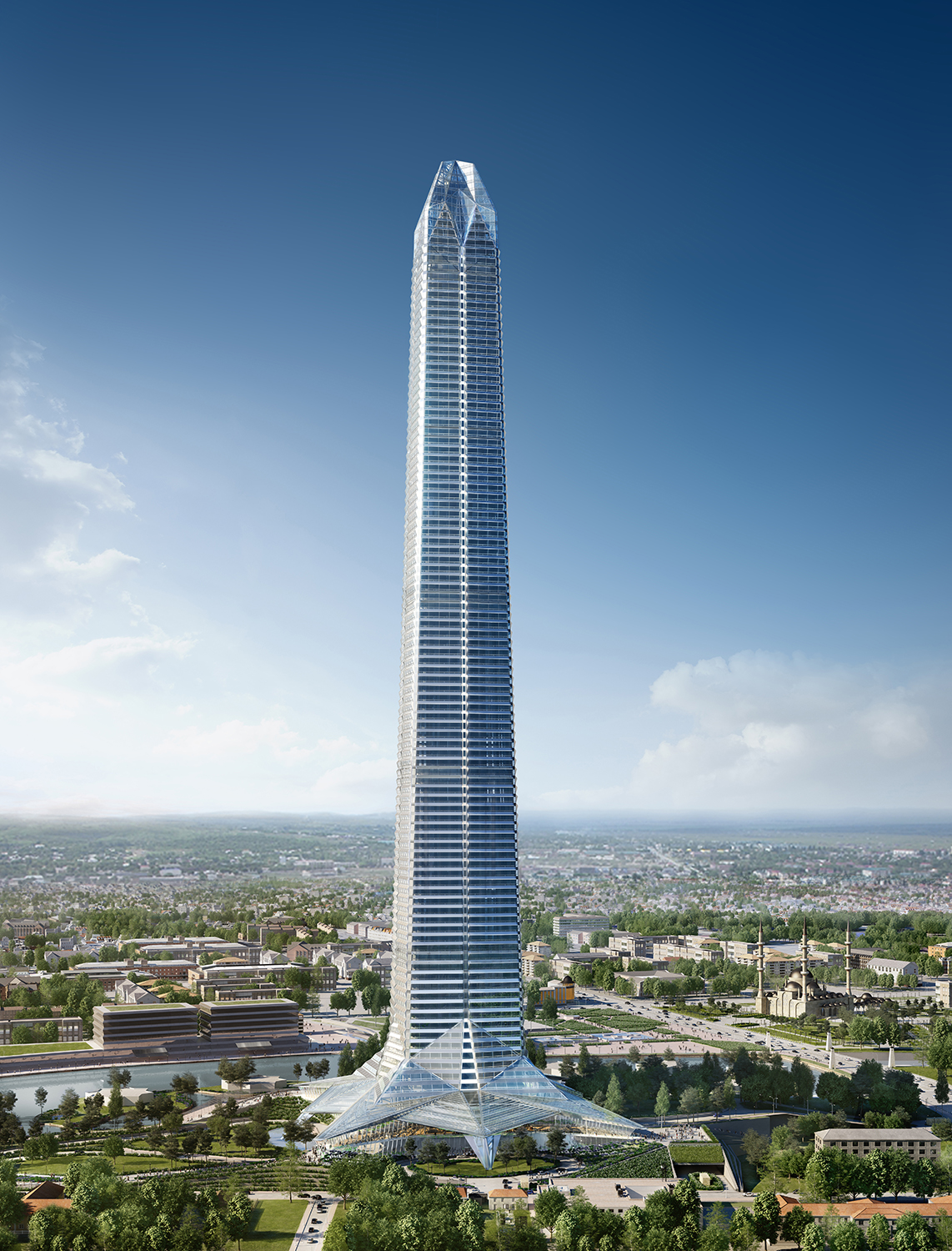 Akhmat Tower’s design vision is based on one of Chechnya’s most symbolic architectural typologies, the Nakh Tower. The design shares a textural and geometric relationship with the traditional watchtowers that are found in the ruins of many medieval villages in Chechnya’s countryside.

Located in central Grozny, Chechnya, the tower, once completed in 2020, will overlook the Suzha River. The site is orientated in alignment with the Presidential Palace and the Akhmad Kadyrov Mosque, two of the most prominent landmarks of the city.

The program of the 430 m tower, approximately 230,000 sm, includes office, hotel, service apartment and residential, with an observation area, restaurant, and dramatic exhibition space at the top.  Each occupancy use has an independent entry and with underground parking.

The lobby space is open to an 8-story atrium that shares the same form as the tower base, and features skylights that unite the lobby and offer natural light.  The high-performance aluminum façade system is tilted to keep out solar gain.  Both the atrium and typical tower floors feature natural ventilation – the atrium using the natural convection of the air in order to cool it in the summer, and capture heat in the winter.