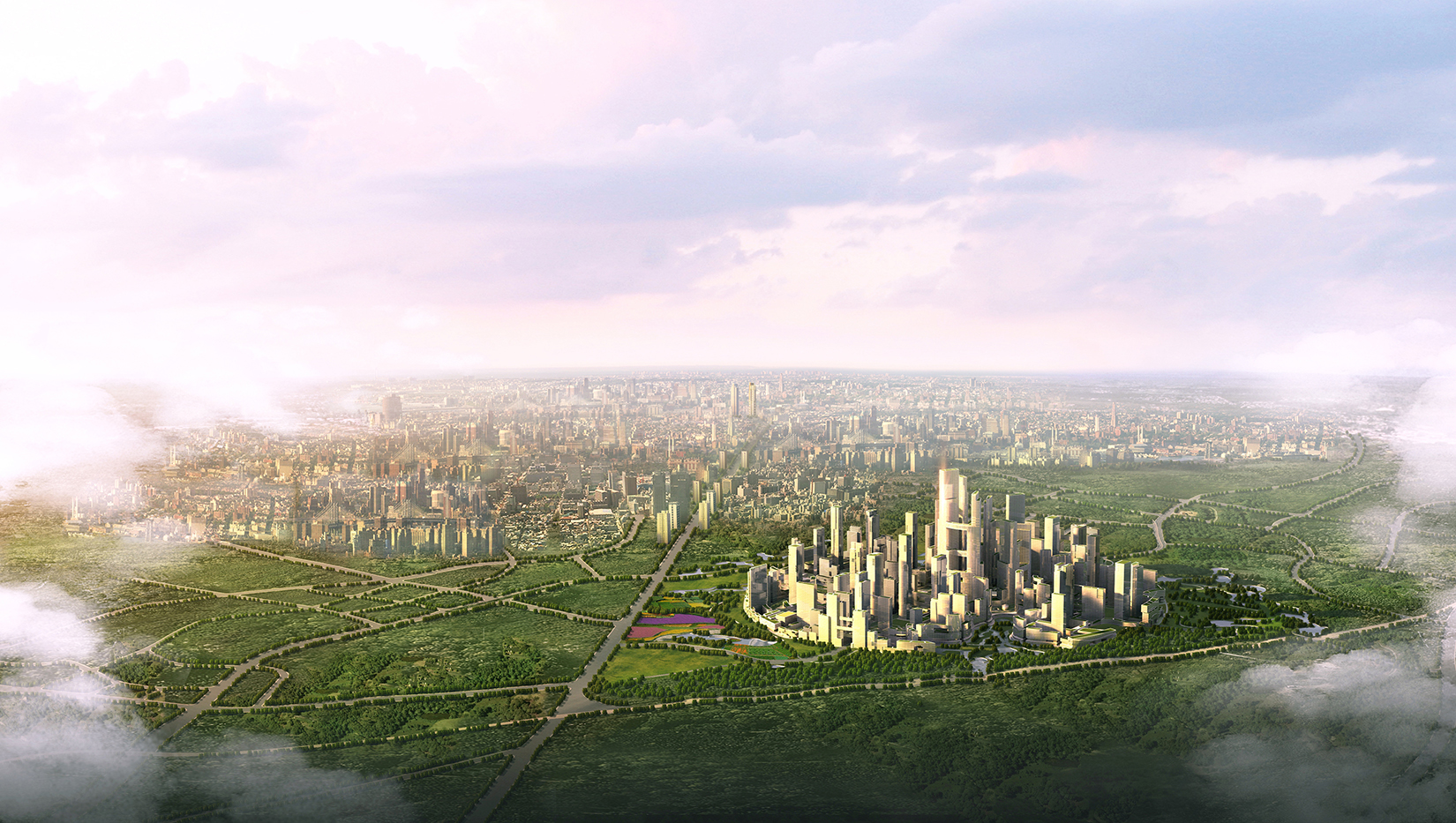 The GREAT City Master Plan is a vision for a self-sustaining, environmentally sensitive 1.3-square-kilometer satellite city outside Chengdu, China.

One of the first projects of its kind to be proposed or completed in China, Great City is envisioned as a prototype, or model city, to be replicated in other locations throughout the country. The development is intended to respond to the problem of overburdened infrastructure in many of China’s major urban centers without contributing to the high energy consumption and carbon emissions associated with suburban sprawl.

Great City was designed for approximately 30,000 families, or around 80,000 people, many of whom can work within the site. The distance from any location in the city to any other location is walkable within 15 minutes, all but eliminating the need for most automobiles. The city is also be connected to Chengdu and surrounding areas via mass transit to be accessed at a regional transit hub at the Great City center.

The project is designed to achieve a remarkable series of sustainable benchmarks. Great City uses 48% less energy and 58% less water than a conventional development of similar population and produces 89% less landfill waste and generates 60% less carbon dioxide.
The project is also designed to conserve existing farmland, with more than 60% of the 800-acre site area preserved for agriculture and open space. The 320-acre urbanized area is surrounded by a 480-acre buffer landscape, whose natural topography—including valleys and bodies of water—is integrated into the city. 15% of the site’s land is devoted to parks and landscaped space, while 60% is parcelized for construction. The remaining 25% is devoted to infrastructure, roads, and pedestrian streets.

As a fully contained development, Great City’s functions include commercial, residential, office, light manufacturing, and a medical campus that provides health services to residents as well as a larger regional and even national constituency. The city’s medical campus is intended to address the needs of the growing Chinese demographic of young married couples who live in combined households with extended families that may include two sets of grandparents.

The city’s perimeter is defined by a clear edge from which the city center can be reached on foot within 10 minutes. An extended recreation system connects the pedestrian network to trails that run through the green buffer and surrounding farmland. The infrastructure and public-realm networks include electric shuttles, plazas, parks, and links to the recreation system. As a primarily pedestrian city, only half of the road area is allocated to motorized vehicles. All residential units will be within a two-minute walk from a public park.

In addition to improved efficiencies within buildings, the city is designed to use seasonal energy storage so summer waste heat can be used to provide winter heating. A power generation plant utilizes the latest co-generation technology to provide both electricity and hot water. AS+GG worked with the infrastructure consultant Mott MacDonald on plans for an Eco-Park located on the northwest edge of the city that integrates wastewater treatment, solid waste treatment, and power generation.

17 dec 2012  | Crain's Chicago Business
Overseas planning gigs: A closer look
Chicago architecture firms increasingly are looking overseas not only for architectural commissions but for urban-planning gigs. Urban planning is a growing niche, driven by the global population shift to city centers, a trend that has accelerated in the past decade... MORE

25 oct 12  | Popular Science
China is Building a Brand New Green City from Scratch
Chengdu Tianfu District Great City is supposed to be a prototype that can be replicated elsewhere throughout China... MORE