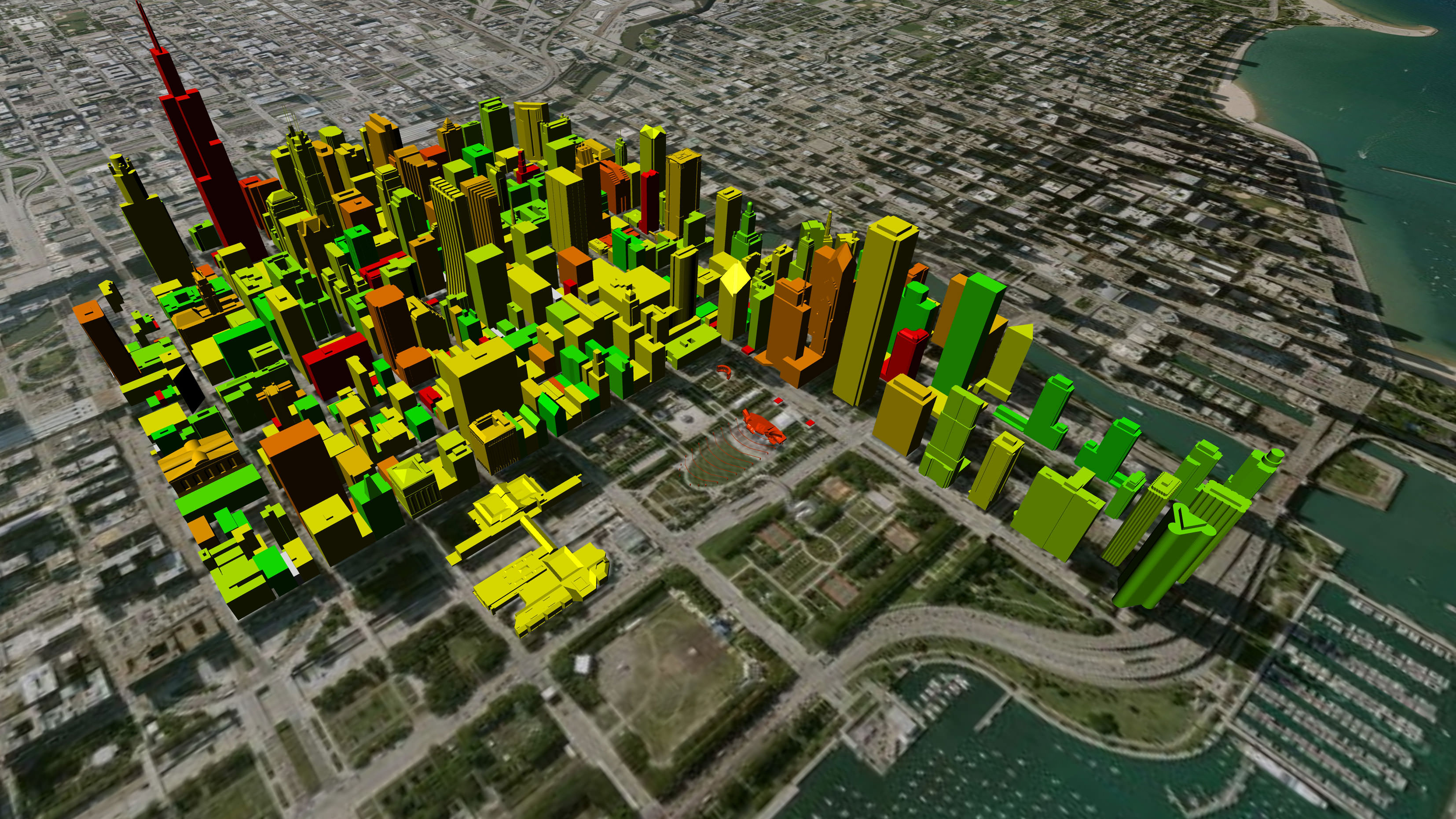 The Chicago Central Area DeCarbonization Plan aims not only to reduce the environmental impact and carbon emissions of the downtown but to improve the overall quality of life of the city’s urban environment.

There are many ways to reduce carbon emissions, and numerous cities have made commitments to reduce carbon and other greenhouse gases. Some plans focus on energy production, some on transportation and others dwell on solid waste and recycling. While this study examines all of the carbon sources characteristic of the urban condition, the goal here is not simply to reach a reduction number that is calculated from an applied set of assumptions.

The Chicago Central Area DeCarbonization Plan is a beginning process for maintaining the economic and cultural vitality of the urban core, from an energy and carbon perspective. The continued viability of cities and urban living is a core principle in the long-term idea that population growth can continue without its negative impact to the environment becoming detrimental to the planet in the form of global warming.

It is therefore critical that our cities are not only decarbonized, but also continue to develop as great places where people can live happy, healthy lifestyles with a minimized environmental footprint. The DeCarbonization Plan proposes a variety of methods for reducing carbon including aggressive upgrade of the existing building stock and urban fabric.

There are, on the surface, simpler ways to reduce carbon which should first be discussed. A wind farm or large scale photovoltaic array can power hundreds of buildings. A single nuclear plant can power an entire region. Why, then, is there a need for a decarbonization plan for the city? If it were a simple matter of replacing greenhouse gas emitting fossil plants with renewable energy resources, urban decarbonization would not be necessary. However, if no urban decarbonization happened and the energy issue were simply solved by the creation of more power plants, many opportunities for the improvement of the urban environment and of social issues would be lost, and cities like Chicago might be allowed to decay over time.

These social issues, which can be solved by decarbonization, include all the complexities of carbon production that are bound up in the city. For example, an aging building stock currently consumes much more energy than is necessary, and needs to be upgraded not only for its emissions but for its future economic viability. Commuters currently drive from the suburbs to the city on infrastructure that is costly to maintain, and over-crowded. Stormwater currently pours off of hard surfaces into the water treatment system where it could be recovered, and unshaded surfaces in the city allows high temperatures to occur in a localized area. The Chicago Central Area DeCarbonization Plan seeks to go beyond the technological fix and advance Chicago’s global leadership position not only as a green city but also as a continuing model of architectural and urban innovation.


spring/summer 11  | One
(Re)Conceiving Cities
Whether building a city from scratch in Abu Dhabi or retrofitting the Chicago Loop, architect Adrian Smith says 21st-century cities need to be clean, grean, and user-friendly... MORE


apr 10 | Perspective
Building for change
In a world struggling to deal with climate change, Chicago has set the pace with a bold carbon reduction plan – in which Adrian Smith + Gordon Gill Architecture is playing a critical role... MORE