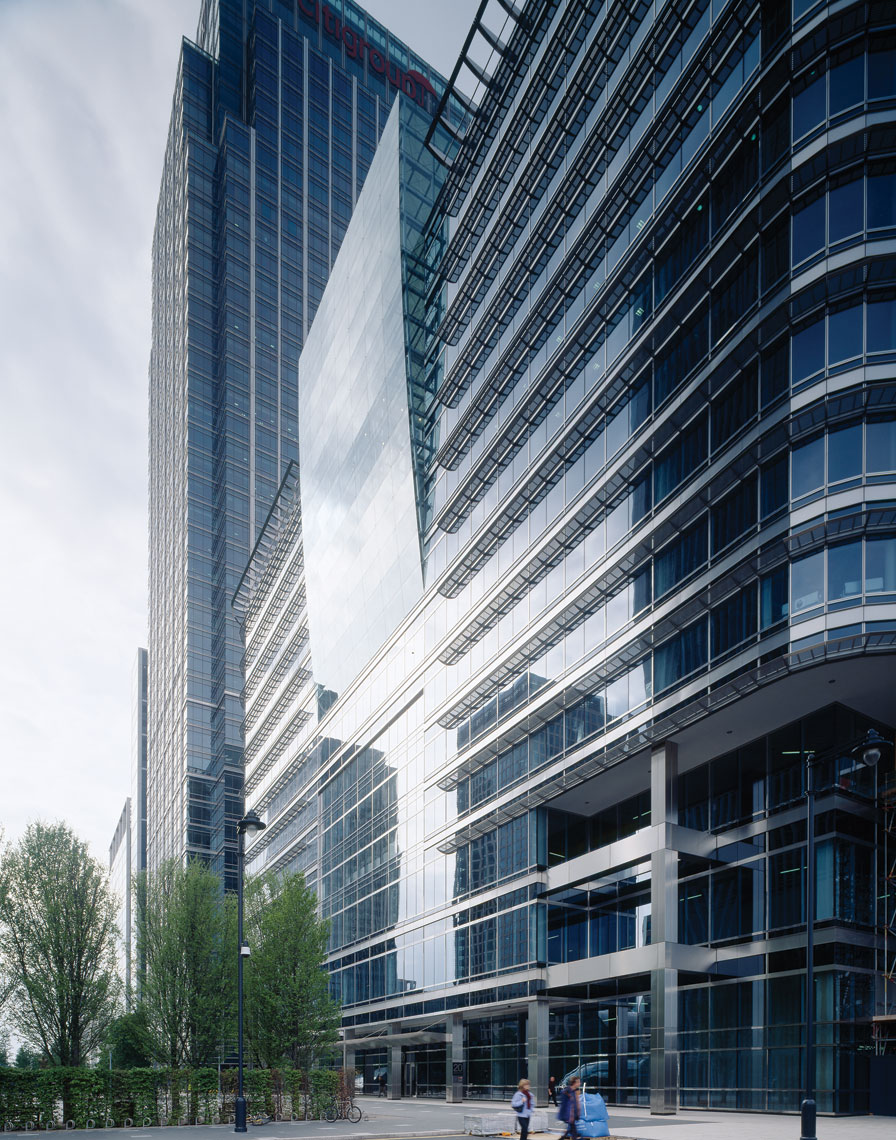 The McGraw-Hill European Headquarters site, DS-4, pairs with DS-3 to form the eastern corner of Canary Wharf. The building has two major entrances: one connecting the building’s lobby to the new Jubilee Line Underground Station and Jubilee Square and one for auto and taxi drop off.

The northwest corner plays a unique role in the formation of the public square, which is central to the second phase of Canary Wharf. A round bay and rotunda feature accentuates a pedestrian entry point and displays building identifiers at the top floor for McGraw-Hill.

The building features two stacked atria that face Jubilee Park. The first, the McGraw Hill atrium, is glazed with a large vertically supported glass wall with a full skylight. The exterior glass wall is curved in sections and protrudes past the typical exterior wall of the building’s south facade. The second atrium is four stories in height and is hierarchically subservient to the upper atrium in its exterior expression. Accessed by the the lower floors, the flush glazing of the lower atrium is noticeable in its transparency and its disassociation from the typical exterior wall.

DS-4’s exterior wall is designed to be sensitive to the orientation of the building and to reduce solar loading. On the east and west elevations a series of vertical sun-shade ladders are incorporated, while the south wall incorporates horizontal shading devices to minimize the heat gain from midday sun.

This building is connected below grade to an extensive lower-level network of shops, restaurants, service zones, other buildings around the square and the Jubilee station.