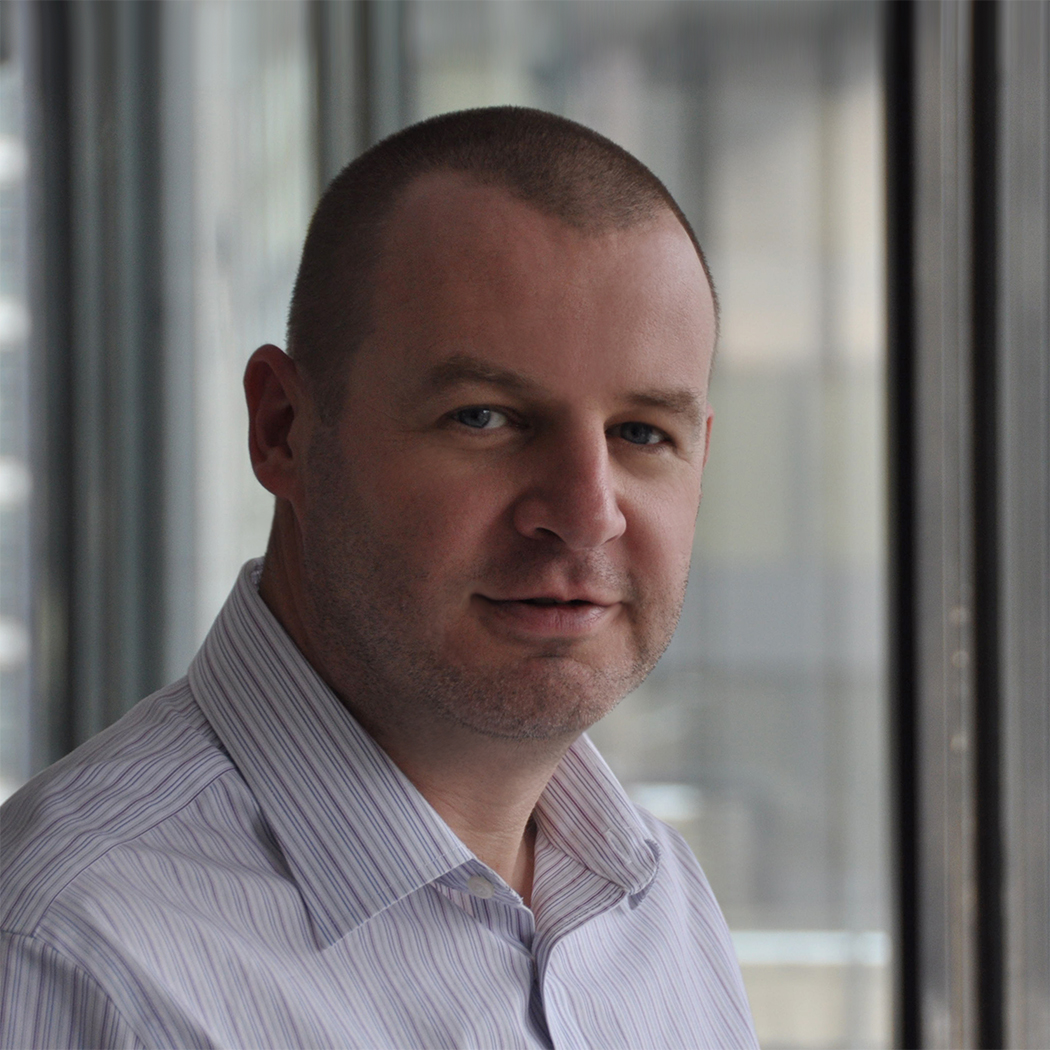 Dr Christopher Drew is Director of Sustainability at AS+GG. He brings an understanding of the relationships of the built environment with the natural environment and urban ecosystems through almost 25 years of experience, working as an ecologist, environmental scientist and sustainability manager.

Chris helps to establish the sustainable design vision and goals at both project and Company-wide levels, working closely with the urban planning and architecture teams as well as consultants to develop the sustainable design vision, goals, targets, implementation strategies and performance monitoring approach. Chris has promoted an emphasis on whole building lifecycle carbon emissions and has led multi-organizational research projects in reducing the embodied carbon of concrete, a subject area that  Chris has presented on, to audiences globally.

With a mandate for identifying and developing solutions for current and future global issues that can be addressed at an urban or building scale, he has supported all of AS+GG’s most significant projects and has helped the firm to win numerous environmental design awards.

Chris received his PhD in Ecology from the University of Stirling in Scotland, United Kingdom and lived and worked in the United Arab Emirates before moving to the USA to join AS+GG in 2009.

Chicago Department of Aviation
Assisted in the development of a Sustainable Roadmap that would transform O’Hare International and Midway Airports into the most sustainable facilities of their kind. Building on experience in developing sustainability master plans, AS+GG guided the CDA’s prioritization and consolidation of existing programs to formulate a synergistic sustainability plan for the Chicago Department of Aviation.' Chicago, Illinois

AS+GG Density Study
An internal research project which looked at the key sustainability aspects of building typologies ranging from suburban single family homes through 750 m supertall towers. To ensure comparability all community prototypes were designed in house for 2000 units with differing total building number, one supertall tower with 2000 units versus 2000 suburban homes. The study analyzed the prototypes in terms of land use, energy demand, transportation, and life cycle carbon emissions. Chicago, Illinois

Chicago Central Area DeCarbonization Plan
Commission from the City of Chicago for a complete "Energy Master Plan" that assesses and looks at innovative solutions for the carbon performance of the downtown area Loop using a holistic urban design approach. Chicago, Illinois

Willis Tower Greening Project + Hotel (Formerly Sears Tower)
Integration of sustainable systems to reduce energy consumption at the former Sears tower and design for highly sustainable, 50-story five-star hotel to be built on the south side of Willis Tower plaza. The hotel will draw net zero energy from the power grid. Chicago, Illinois

Projects prior to joining AS+GG:

Baseline Ecological Assessment
(2006) Environmental scientist and ecologist for baseline assessment of BG concession area in the Empty quarter of Oman. The study was carried out during November of 2006 and was submitted by BG to Petroleum Development Organisation of Oman as part of their exploration and mitigation strategy. Rub Al Khali, Oman

Sangachal Terminal
(BP, 2006) Prepared a protocol and methodology for the assessment of success of a combined waste management plan and habitat improvement programme. The study used native rodent species as indicators and utilized distance sampling as a statistical measuring tool. Azerbaijan

Sangachal Terminal Wetlands Study
(URS, 2002) Survey team leader for a multidisciplinary assessment of the semi-natural wetland outside of the BP Sangachal oil terminal in Azerbaijan. The study was carried out during the autumn of 2002 and completed in early 2003. The purpose of the study was to characterise and assess the ecological significance of the wetland and to establish baseline values for biotic and abiotic parameters against which future change (as a result of development or other stochastic factors) could be measured. Azerbaijan

ADCO
(ADIAS, 2002) Surveying project manager for a post-seismic survey Environmental Impact Assessment carried out on behalf of Abu Dhabi Islands Archaeological Service (ADIAS) for Abu Dhabi Company for Onshore Oil Operations (ADCO) during June 2002. The contract was for a survey of fauna, flora and natural environments in a mobile sand dune environment. The purpose was to assess whether there was any impact from a seismic survey that had been carried out over the past two and a half years and to make recommendations for the restoration of habitat damaged by associated earth moving and infrastructure construction. United Arab Emirates

. . . design
When it comes to design, I don't have to get pens and paper out. This is fortunate, as my artistic abilities are, well, let's just say limited. However, what I really like to do is sketch out schematic process flows and see how they can be integrated into the design so that sustainable best practices are included from the outset, rather than as some sort of added extra that goes in once people start reading through a building assessment checklist. The early stages of design are the most important when it comes to sustainability; that's where all the passive design measures such as building orientation, shape, location are all decided. These are the measures that, at least in terms of energy savings (and to an extent indoor environmental quality) have the greatest effect for the lowest cost.

. . . construction
As far as I'm concerned, the days when architects designed buildings and handed a bunch of design drawings over to a builder, who then put it altogether with pretty minimal input from the designer, are well and truly dead and buried. My philosophy is that sustainability starts at the earliest design stage, goes through construction and into operation. If I'm involved in designing a sustainable building and putting my name to it, I want to make sure that I have as much influence over all the stages as possible. As building designs bring about further reductions in energy and water consumption, actual construction processes and the materials used have an even greater impact. If I can work with contractors to specify materials, reduce waste generation and discuss with them techniques to improve sustainability during the construction process, then the environmental impact (and the cost) of the built environment can be reduced.

. . . where he gets his inspiration
I grew up with my brother on a smallholding, or small farm, where my parents did as much as they could to be self-sufficient. While they were at work, my granddad, who was without question the most practical person to have ever lived, would show us how to fix things, often using materials that had once served other purposes. I think I take my inspiration from the people who were around me during my childhood.

More recently, I've met or worked with some of the most creative thinkers in regards to sustainability, this experience has taught me firstly the importance of some of the things I studied at university. My PhD. is in desert wildlife ecology—not, you might think, the most relevant subject in regards to building design. However, understanding our part in the ecosystems we inhabit is actually completely relevant. Most of the adaptations of wildlife to their environments are directly applicable to buildings. Desert oryx, or antelope, have high thermal mass to help them keep cool; the ears of desert hares radiate heat to keep cool. Some animals can reduce the blood supply parts of their body when it gets too hot or too cold. In the end, these plants and animals are the ultimate energy and water conservers. If we can't learn from them, it's because we are not thinking laterally enough. It's not just about biomimicry; it's more about natural systems mimicry.

The second thing I learned was the 1 + 1 =3 approach. This is really the key to achieving economic sustainability; integrating two systems almost inevitably gives an extra benefit. We've seen that with co-generation and tri-generation, so we should always look out for integration opportunities.

. . . my favorite moment in architecture
I don't know that I've had a favourite moment. Certainly I've had satisfying moments. One of those was having most of the major wood suppliers in the United Arab Emirates come to a meeting that we organized with the Forest Stewardship Council to encourage them to become certified so that we could specify locally purchased sustainable timber, and a couple of weeks later being able to do so because enough of them had committed to becoming certified. Seeing concrete waste from the project being crushed and used in high value applications, seeing wood waste being shredded, dyed and used for ground improvement—all of it saving money and reducing the environmental impact—was extremely satisfying. Being able to walk around inside a building in summer in the UAE that was not air conditioned but was just well designed—that was a good moment.

. . . his favorite examples of sustainability
There aren't really that many examples of true sustainability out there, at least not on a large, designed scale. I really want to be involved in reducing life-cycle carbon dioxide emissions of buildings in a way that isn't just operational emissions (typically saving energy) but also the embodied carbon and the emissions associated with maintenance. All too often the focus is on saving energy at almost any cost, even when, if the energy source is renewable such as wind, hydro or solar, it has only a marginal impact on CO2 emissions. In these cases, saving water and using highly durable low-embodied-carbon materials would have a much greater impact. I'm impressed by buildings in which life-cycle carbon emission reductions have been made and a life-cycle cost estimate has shown a positive financial argument for doing it. I think the one-planet living communities have done pioneering work in this regard. And with the BRE Environmental Assessment Method driving designers to consider embodied carbon, we're going to see some great stuff coming out in the next few years.

. . . his favorite thing about a collaborative design process
Other people have said the same thing and I completely agree: it's the people in the team. I've worked with teams where the contractors have been completely disinterested in sustainability at the outset of a project and, a few weeks later, are fully on board and coming up with innovative solutions of their own. Seeing people being totally committed to something that they either didn't know about or didn't understand a few weeks earlier is one of the most satisfying things.

. . . what he'd be if he wasn't a sustainability manager
I'm interested in so many things, but probably I'd be a conservation biologist.

. . . what he does when he's not working
I enjoy playing and watching sport and being outdoors, especially with my wife and children. I also read a lot and think about sustainability—plotting and scheming about how things can be done better. It's almost impossible to not think about it. I go to a shop where the escalator runs when there's no one on it, I go to a restaurant where the AC is working flat-out just to offset the heat from the lighting, I get in a taxi with a 4-litre engine . . . and so on. Examples of us squandering energy, water and fuel, and producing too much waste, are absolutely everywhere. Once your eyes are open to it, it's almost impossible to close them.